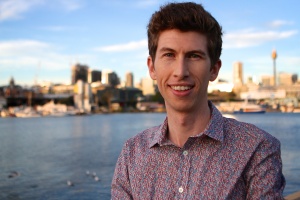 Benjamin Veness is a medical doctor (a child and adolescent psychiatrist) in Australia. Unusually for a doctor, Benjamin has a corporate background, having worked in the banking sector before changing careers.

In the year Benjamin represented 17,000 medical students as President of the Australian Medical Students’ Association, he took a break from clinical medicine, instead studying a Master of Public Health for which he was later awarded the Edmund Barton Medal from The University of Sydney. He was also twice-elected to the Senate of The University of Sydney, and produced his cohort’s revue (‘Cadavatar’), raising $43,000 for charity.

Benjamin enjoys writing and has been published extensively, with recent pieces in MJA Insight, The Sydney Morning Herald and the Sydney Alumni Magazine. He was awarded a Churchill Fellowship in 2013 to research the critically-important area of university students’ mental health, and since 2015 he has been an Australia Day Ambassador.